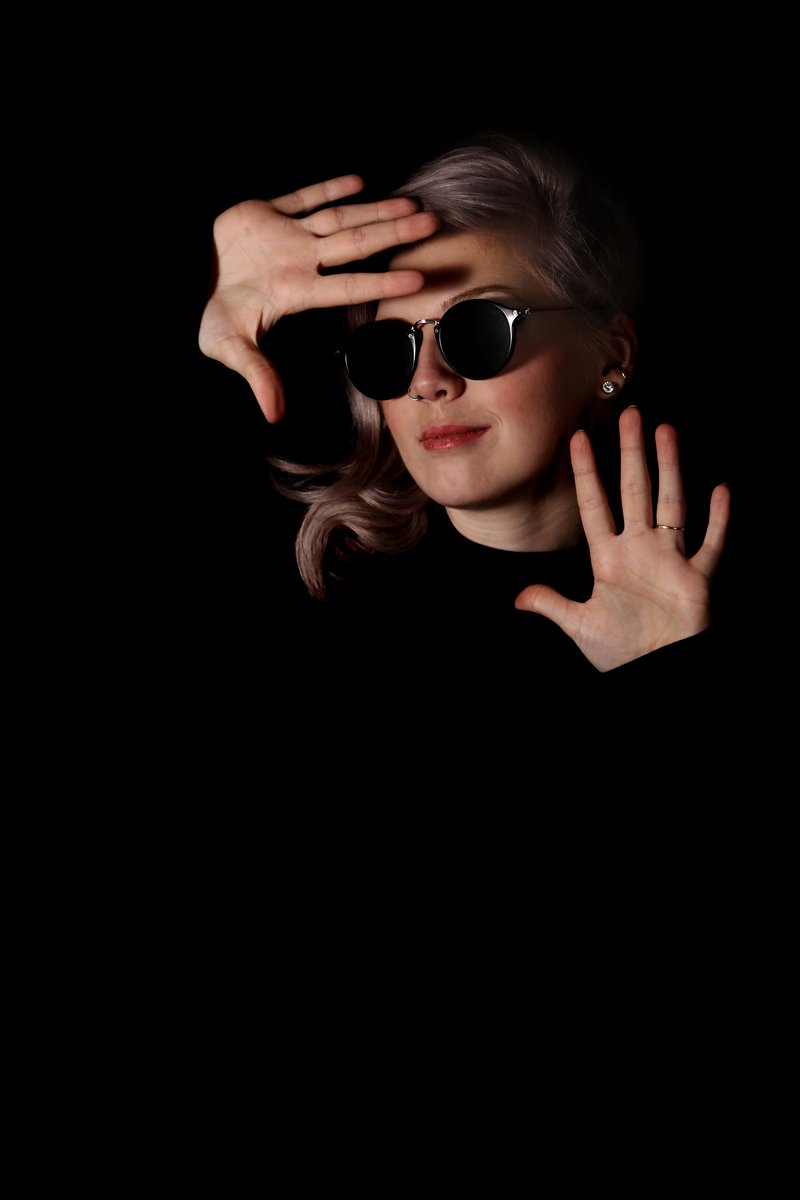 Cameron Renkly is a senior graphic design major from Harlan, Iowa. She currently works as an intern for a small non-profit organization called Fashion For A Cure, where she prepares materials for print and distribution. Last October, she started a small pin business that generated over $400 in profit within the first two months. Her future plans include moving somewhere warm, getting a dog, and starting her professional career as a graphic designer and illustrator.

Let’s talk trash. As Earth Day approaches, one of the most prevalent and daunting issues facing the world today is a growing waste problem. It impairs public health, pollutes the environment, and threatens to drown poor countries in toxicity. The more urbanized and industrialized a country becomes, the more trash it produces. As a nation, Americans produce more waste per day than any other nation in the world. But because we don’t see it, we don’t think it’s a problem. Unlike most utilities like gas and water—that are charged depending on how much is used—most cities charge a flat fee for trash service. Because of this, Americans pay very little attention to how much waste they are discarding. The purpose of this exhibition is to call attention to the fact that just because we throw it away, doesn’t mean it goes away, and to inspire the public to change their waste and recycling habits for the better, if only by a little. 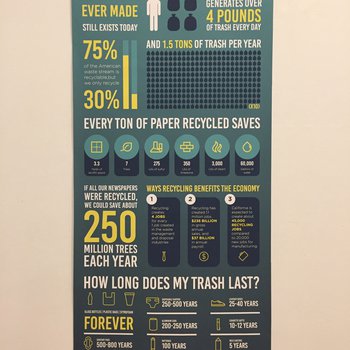 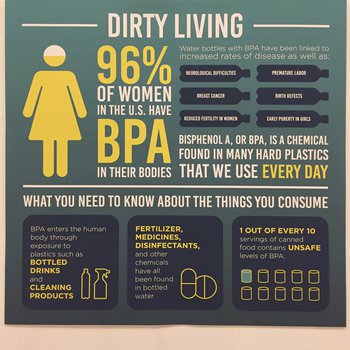 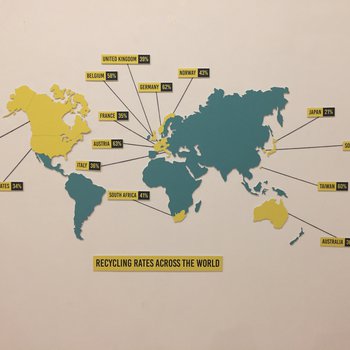 Recycling across the World