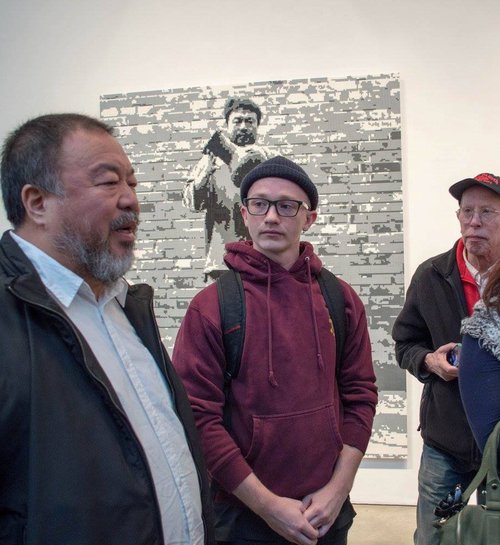 Riley Hoben is from Sioux Falls, South Dakota, and graduated from the University of South Dakota and received a Bachelors in Fine Art with an emphasis in Printmaking. Riley became interested in art at a young age and began to paint and draw. What sparked this interest in the arts were the illustrations in anime, cartoons, graffiti, and comic books that he loves to observe. He also became interested in simpler things in nature, such as how different types of light play off objects to create different colors, and how certain colors look and invoke a specific emotion. He became highly interested in ceramic works during his high school education, but later found a passion for screen printing. During his time at USD he utilized ad explored this medium to create most of his art.

In this body of work I explore the concept of posthumanism and its many theories that focus on transhumanism ideologies, the ideas of an artificial intelligence takeover, and voluntary human extinction. I became interested in this topic while thinking about how people depend on technology everyday. We become so attached that we sometimes don’t recognize how much of a hold these devices have on our lives. After collecting more information about this subject and came across posthumanism. This led me to question what our future could be like if we continue to integrate technology into our everyday lives. Could this obsession completely strips us of our humanity and lead to the extinction of the human race? When is the line crossed between human and machine? What could this mean for our security and privacy? Through this series i would like to pose these questions as well as spark conversation about our dependence on technology and material possessions. 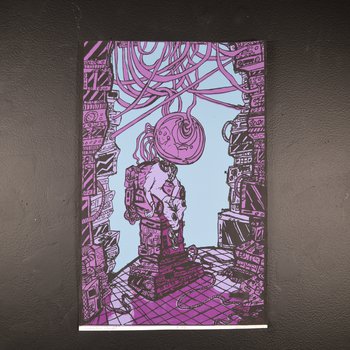 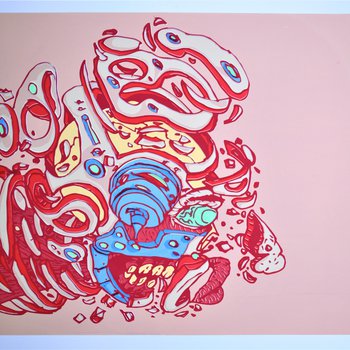